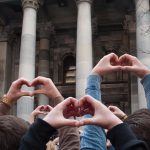 Australia has passed a law legalizing same sex marriage following the precedent set by several states in the US and several countries in Western Europe, including most recently Austria. Not only did politicians pass a law, they did so almost unanimously. The cross-party bill marked a convergence of the Greens, Labor and the ruling Liberal-National […]